The Rest is Important 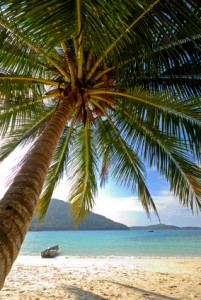 “Why should we live with such hurry and waste of life?” ~  Thoreau

Mentioning how little time off he took off, one of the younger men I work with was bragging about his leave balance (how much vacation time he has on the books). He compared his record of attendance and  continuous days on the job to one of the other (and yes, younger) men that work on our team; one who frequently took his vacation time. Having a double digit leave balance – the higher the better – has become a sort of merit badge of work ethic in my organization.  Overhearing his not-so-veiled attempt to imply that “vacation” was a concept for the less dedicated, his boss asked from the next office, “Do you think that not taking time off makes you more valuable in your job, or less?” After a long silence with no answer from the young man, the well-respected leader said, “My leave balance is zero. Do you think I would have done more work last year if I never took a break….like you?”  More silence.  “Why don’t you take a week off and think about it? You can answer me when you get back.”

Hearing all of this from across the hall last week, I was almost smug.  “Ahh youth”, I thought – they think they know so much, but thank goodness for the sage council and wisdom of the experienced.  I remembered the days when I thought that time off was for the weak; when I was young (and stupid) and didn’t know I was young (or stupid).  To add to the joke, I got up to hand the naive lad a leave request form – but got turned around by one inescapable truth; I hadn’t taken a decent day off in a year. I knew better than that.  I knew the sage advice from across the hall was directed at me.  I was becoming less and less valuable over time, so I sat my hypocritical butt back in my chair and wrote my name at the top of that form.  As I tried to remember how to fill one of those things out, I remembered all the excuses (read: lies) I gave myself for not taking a break sooner.  There was a time when I owed leave as often as it was owed to me.  I relished my days “on the beach.”  I don’t know what disease overtook me, but If you recognize your own voice in any of these – you’ve got it bad.  Get thee to the ocean, pronto.

Lie #1: People are depending on me now, I can’t leave yet.

There are times this is true, but it is an excuse almost exclusively reserved for surgeons (in the middle of surgery) and firefighters (in the middle of , you know, fighting fires.) Actually, I prefer my surgeons well-tanned and equally well-rested before they go to work.   But for the rest of us, the people we believe are depending on us could honestly give the south-end of a rodent whether or not we are at our desk or laying on the sand in the Keys.  If you’re not convinced, try this little experiment:  Ask the people that you are so certain depend on you if they can manage without you for a week or two.  After you convince yourself that they were not holding back laughter, buy your plane tickets.

This particular load of crap is powerful because it contains the illusion of truth.  We do get extremely busy and become fooled by the appearance of a full schedule.  Looking ahead at deadlines and commitments, it is hard to imagine that there is room in our world for the luxury of non-production.  But this one is all ego.  Like all believable lies, there is some truth in it, but just some.  What is missing is the qualifier:  Correctly stated it sounds like this – “Given how inefficiently I am working and how frazzled I am as a person, I’ve got too much to do to take a break.  An obvious slippery slope to be on,  but the fix for this one is easy.  Look ahead in your calendar to the next open week and write in the word “vacation”, then don’t put anything else in that week.  Problem solved.  If you can’t find an open week, the solution is almost the same. Pick any week, cross everything else out and write in the word “vacation”, then don’t put anything else in that week. Tell your appointments you had a family emergency.  Unless you’re a surgeon rescheduling a lifesaving operation, they’ll understand.  (PS – go too long without a taking a break, and the family emergency is imminent anyway so there is some truth to your excuse). END_OF_DOCUMENT_TOKEN_TO_BE_REPLACED