The new captain jumped from the deck, fully dressed, and sprinted through the water. A former lifeguard, he kept his eyes on his victim as he headed straight for the couple who were swimming between their anchored sportfisher and the beach. “I think he thinks you’re drowning,” the husband said to his wife. They had been splashing each other and she had screamed but now they were just standing, neck-deep on the sand bar. “We’re fine, what is he doing?” she asked, a little annoyed. “We’re fine!” the husband yelled, waving him off, but his captain kept swimming hard. ”Move!” he barked as he sprinted between the stunned owners. Directly behind them, not ten feet away, their nine-year-old daughter was drowning. Safely above the surface in the arms of the captain, she burst into tears, “Daddy!”

How did this captain know – from fifty feet away – what the father couldn’t recognize from just ten? Drowning is not the violent, splashing, call for help that most people expect. The captain was trained to recognize drowning by experts and years of experience. The father, on the other hand, had learned what drowning looks like by watching television. If you spend time on or near the water (hint: that’s all of us) then you should make sure that you and your crew knows what to look for whenever people enter the water. Until she cried a tearful, “Daddy,” she hadn’t made a sound. As a former Coast Guard rescue swimmer, I wasn’t surprised at all by this story. Drowning is almost always a deceptively quiet event. The waving, splashing, and yelling that dramatic conditioning (television) prepares us to look for, is rarely seen in real life.

The Instinctive Drowning Response – so named by Francesco A. Pia, Ph.D.,  is what people do to avoid actual or perceived suffocation in the water.  And it does not look like most people expect.  There is very little splashing, no waving, and no yelling or calls for help of any kind.  To get an idea of just how quiet and undramatic from the surface drowning can be, consider this:  It is the number two cause of accidental death in children, age 15 and under (just behind vehicle accidents) – of the approximately 750 children who will drown next year, about 375 of them will do so within 25 yards of a parent or other adult.  In ten percent of those drownings, the adult will actually watch them do it, having no idea it is happening (source: CDC).  Drowning does not look like drowning – Dr. Pia, in an article in the Coast Guard’s On Scene Magazine, described the instinctive drowning response like this:

This doesn’t mean that a person that is yelling for help and thrashing isn’t in real trouble – they are experiencing aquatic distress. Not always present before the instinctive drowning response, aquatic distress doesn’t last long – but unlike true drowning, these victims can still assist in their own rescue.  They can grab lifelines, throw rings, etc.

Look for these other signs of drowning when persons are in the water:

So if a crew member falls overboard and everything looks OK – don’t be too sure.  Sometimes the most common indication that someone is drowning is that they don’t look like they’re drowning.  They may just look like they are treading water and looking up at the deck.  One  way to be sure?  Ask them, “Are you alright?” If they can answer at all – they probably are.  If they return a blank stare, you may have less than 30 seconds to get to them.  And parents – children playing in the water make noise. When they get quiet, you get to them and find out why.

Disclaimer: The views and opinions expressed by the author are not necessarily those of the Department of Homeland Security or the U.S. Coast Guard.

Note:  Sorry everyone, but I had to shut down the comments.  They were starting to overwhelm the page and cause it not to load for some. 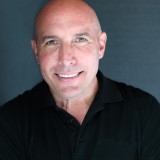 I work and write and try to stay useful to the people around me. More info here: www.mariovittone.com/about

It brings back a memory of many, many years ago. We were with a group and we camped on the gravel alongside the river below their cabin. I looked out at the river and there was a boy floating down the river, not making any motions. Just floating with the top of his head showing. His sister came screaming down the riverbank, yelling he can’t swim. I looked again as he was drifting by. Ran out of my trailer, into the water, swam across the river to the boy and grabbed him and brought him back to shore. He was actually drowning. His parents packed up the kids and left saying their several acres of pastureland looked pretty good right then. Happened so fast and I am so glad I was nearby.

I am a 68 young woman. I went to the local aquatic swim club with my grandson. He wanted me to go down a circular water slide. Sure why not…I have done it before at water parks in the past years. I went down and it was great until I hit the bottom. I can’t explain what happened but I almost drowned in 4 feet of water. I could see the light at the top of the water and lots of bubbles. I felt like my body was being pushed down but I could not get up because I could not figure which direction was were. I was struggling trying to get my arms up and out but could not do it. My body was in a panic stage. Finally (it seemed like forever) I somehow was able to emerge but not until after I was sure I was going to drown. The life guard did nothing. It was not until I came up myself and felt like I was going to pass out, had terrible chest pain and stomach pain (I am sure it was from panic) that someone noticed I had been in trouble and got help. It was one of the scariest experiences I have ever had. Oh, and I do know how to swim and have taken most all the red cross classes in the past years. No body realized I was in trouble. Life guards really need to watch what is happening to all people when they come off those slides. There was one sitting right there next to it. I felt I needed to share my story. Thanks for reading.

It’s a very important article. When the people will learn humility. Everybody think, that are immortals. I would like to write more but my english isn’t good…

Really never thought about it. Thank you for this article. I know you’ve saved lives with it.

I was a beach lifeguard for 4 years and performed hundreds of rescues, both on and off duty. The author’s description of the signs of drowning is spot on. Read them multiple times, picturing in your mind what is being described. And never hold back if you think someone might be in trouble. What is the worst that can happen? You get embarrassed? Get over it.

“Nature instinctively forces them to extend their arms laterally and press down on the water’s surface.” What does that look like? I have no idea.

“I am a Christian and I respect your belief and the fact that we have different opinions.”

Whether or not a god exists is not a matter of opinion. The gesture of conciliation is admirable, but that doesn’t make it any less hollow.

This is for both you and Dave Keays; it’s a quote of a similar discussion I had with another reader on page #330 of the webcomic “Grrl Power”, about gun safety, in response to the author’s commentary denigrating unrealistic depictions of guns in the media:

Reader: Yeah, its a shame how action movies aren’t realistic like superhero comics. 🙂 Come on, lighten up, some stuff in movies and tv
shows because it looks cool, not to say this is “realistic”. Must of the stuff you see in comics, shows and movies isn’t realistic right down to how the fictional world holds together. What’s so special about guns that they have to be treated with strict realism in a comic with
superpowers (the most physics busting fictional constructs after pure magic)? 🙂

Me: Well, for one thing, unlike super powers, guns are real, so it breaks suspension of disbelief far more easily, because anyone can
compare it to real life experience/knowledge if they so choose.
For another, for better or worse, most people base a lot of their perception of the world at large on what they see in the media,
knowingly or not. Combine that with almost universally inaccurate portrayals of extremely hazardous scenarios (weapon usage, fighting,
driving, CPR, first aid, wilderness survival, jurisprudence, criminal encounters, romantic relationships, etc.), and you have people getting
seriously hurt, killed, or screwed over because they assumed it worked the way they saw it on TV.
Obviously the relationship goes both ways, and people need to learn to think more critically about what sources they trust with which info. But considering that humans are riddled with cognitive biases and weak points that give them an immense handicap when it comes to reasoning, that most people are ill-trained in critical thinking, and that any sufficiently experienced content creator knows this, content creators are in a position of enormous power when it comes to influencing the beliefs and perceptions of the populations they serve. And you know what they say about power and responsibility.

I want to send this to everyone I know. Thank you for writing this!!

Invaluable information. I had no idea and this info must be shared, shared, SHARED. LIVES WILL BE SAVED BECAUSE OF THIS KNOWLEDGE. Thank you so much!