Women will Never be Equal to Men 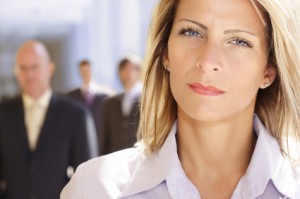 With so many organizations competing for the women of the world, trying to get them to take notice and join up with them (instead of their competitors) I’ve noticed something disturbing:  It’s not working.  Though some have enjoyed moderate success at upping the numbers of female leaders on the payroll – too many (far too many) are struggling.  As of April, only 15 of the Fortune 500 were led by women CEOs. That’s just 3%? – Pathetic.  I think – and bear with me here – that I have identified the primary reason that so many of us long to achievie gender balance on our teams.  Ready?  Here it is:  We keep trying to treat women as equals…..huge mistake. Now I’ve heard all the arguments: “a woman can do anything a man can do.” and, “women are just as good at men in the workplace.” But it never quite registered with me as the right approach.

I can’t remember where I first heard the following line, but I remember that I instantly believed it; and it solidified my understanding of the gender equality debate in one sentence.

“For a woman to be equal to a man, all she has to do is take a giant step down.”

You can blame my father for first planting the seed to that idea. Though my memories of him have faded over the years, I do clearly remember the first time he made me open the door for my mother, and then leaned over to ask if I knew why I should; “We open the door for women not because they can’t get it for themselves, but because they are better people than we are, and shouldn’t have to.”  Maybe it’s because my mother was and is so …good.. that I found that easy to believe, and have acted accordingly since.  (My father, among other things, was apparently a philosophical pioneer)

The well-intended discussions and flat out battles for equality in the workplace have come from the low ground and – not to let the facts get in the way of a good debate – I want to point out some things that should make us all scratch our heads and consider that perhaps – besides that us guys should be the ones fighting for equal pay and opportunities – the problem with our diversity numbers is not about recruiting.  It’s that most organizations fail to fully respect the value gender diversity brings to the organization.  Increasing the women on the team does not make the team fair – it makes the team better – because (sorry about this fellas) the women are better than we are.

(Note: I’d like to thank all the women who read this far before deciding to have me killed) END_OF_DOCUMENT_TOKEN_TO_BE_REPLACED